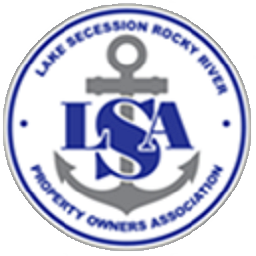 James  Roy  Pennell,   a  1910  civil  engineering  graduate  of  the  University of South Carolina, began acquiring land and water rights along the  Rocky River in the early  1930s.  Land  was  acquired  in  the vicinity of  Price's Grist Mill for Pennell' s hydroelectric  power  project.

ln  January  1933 Pennell,  a  citizen  of  Spartanburg,   and W.   H.   White  of   Abbeville  applied to the South Carolina Secretary of State to charter the Abbeville Power Company,  Inc.  In  February  the  South  Carolina Senate  approved   the charter for the purpose of providing inexpensive electricity to  rural locations. Pennell and White announced that about 1,200  acres  would  be inundated by construction of a 60'  high  and  570' long  reinforced  concrete dam. The reservoir created by the dam was to be  7  miles  long  and a maximum  of three-quarters  of  a  mile  wide.  Stone  aggregate  for  the concrete was to be  quarried  and crushed  on  the site.  Pennell  indicated that the project wou14 use local labor and  estimated  it  would  cost approximately $150,000.

Upon learning  of  it,  Duke  Power  Company  and  the  Southern  Public Utilities Company  immediately objected  to  Pennell' s private  hydro project. In response, Pennell announced that 90 percent of the  land  had been acquired and that  the project  was already  underway.
‍
Construction  began on June 22, 1933, when rock crushing machinery began operating near the dam  site.  At this  time,  Pennell  announced  that  the  dam  would   be   in creased  to  75'  high  and 575'  long.  Pennell estimated  that  2,000  HP could be produced by a hydroelectric facility at the site.  In September 1933, the D. M. Rickenbacker Construction Company of Union, South Carolina, was contracted to  build  the multiple  arch reinforced-concrete dam.   The  project was expected  to  be completed  in  8 months  and to employ 100 men.

By May 1935, Pennell and White abandoned the project with the dam only 80 percent complete. Presumably they ran out of money to finance the project. C. P. Townsend, City Engineer of Abbeville from 1920 until 1948, recommended that the city take over the project and seek Federal funds to complete the abandoned dam works. The Atlanta engineering firm of Wideman and Singleton was contracted to prepare plans for completion of Pennell's project. ln June 1935, the Abbeville City Council applied to the Federal Public Works Administration (PWA) for a loan to complete the Rocky River hydro project. The council applied for nearly $500,000: $154,000 to cover the cost of Pennell's land investment and construction costs; and $350,000 to complete the dam, highway bridge above the dam, power station,  penstocks, power   generating   equipment, and   transmission lines.

Approval of the PWA loan was held up pending resolution of a court suit concerning the legality of Federal funds being used to finance municipally owned electric generating plants.

Fifty-one projects throughout the United States, involving more than 25 million dollars, were held in abeyance until the U. S. Supreme Court ruled in Duke Power Company et al. vs. Greenwood County et al. that Federal funds could be used to finance municipally owned electric plants. This decision, made in December 1936, PWA funds for the development of the Rocky River hydroelectric project.

ln November 1938, the City of Abbeville secured the land and water rights for the Pennell project. At that time 215 acres remained to be purchased. The deed was not recorded until August 1939. Pennell and his associates had invested $214,000, yet the City was able to purchase the abandoned project for $135,000. Dam construction was resumed on August 28, 1939, with John B Britton, State Senator from Sumter County, as the principal contractor.

In November 1940, the concrete dam and two-story brick power house were completed and the spillway was closed. The Rocky River began to back up at the rate of one foot per day. The lake was named Secession Lake to commemorate Abbeville's mark on Civil War history: the first town to secede from the Union in November 1860. The site has since been referred to as the Abbeville Hydroelectric Power Plant, Rocky River Project. On December 3, 1940, the turbine were engaged and electricity from the generators was first transmitted.

In  February  1941,  the  Rural  Electrification  Authority  financed   power lines for  the  Little  River  Electric Co-operative  to  serve  450  farms  in three counties. On March 1, 1941, the  City  of  Abbeville  began receiving power  from   its   municipally   owned  hydroelectric  plant.   ln  April,   the rural  lines  began  to carry power.     ln  July,  Abbeville  Mills  Corporation, a cotton textiles manufacturer, became the largest single consumer  of electricity  from  the  Rocky  River  plant.   All  electricity  f5om   the   plant was subscribed  for within
6  months  of  the  plant's opening.

By November 1945, approximately 30 percent of the  power  used  by  Abbeville' s electric system was purchased from the Greenwood County Electric Power Commission's nearby Buzzard's Roost Power Plant. To reduce the dependency on the Buzzard's Roost plant, City Engineer C. P. Townsend recommended acquisition of  a  diesel  electric  generating  unit   for   the Rocky River  Hydroelectric  Plant.  The diesel  would  be  used in  times  of little  rainfall  and low water  when   the   capacity   of   the   hydroelectric plant  was reduced.  The fully  subscribed  power  was  sold  retail  to customers on the rural lines  in  the  town  of  Lowndesville  and the  City  of Abbeville, and was sold wholesale to Greenwood County Electric Power Commission, Little River Electric Co-Operative, Abbeville  Mills  Corporation, the  City  of  Abbeville  (for  street  lighting,  etc.),  the Seaboard Railway,   and  other  local  industries.    The Abbeville Water  and Electric Plant   Company financed  $175,000  for   the  diesel  and plant  addition with revenue    bonds, so that    there    would    be    no   increase    in   city    taxes    or electric rates.

For the last 40 years, the Abbeville Hydroelectric Power Plant has been producing low-cost electricity for the customers of this small municipal corporation. Today Secession Lake Dam is intact and, including intake gate and east abutment, is 400' long. The dam supports a highway bridge for Abbeville County Road 72. An engineering report of the dam was completed in 1979 by Charles T. Mann, Inc., as a part of the National Dam Safety Program for the Charleston District of the U.S. Army Corps of Engineers. A house located west of the bridge was formerly occupied by the supervisor of the power plant.

Secession Lake has an elevation of approximately 548'. Water not directed through the intake gates on the west end of the dam is wasted through a gated spillway located southwest of the dam. Water directed through the penstocks, into the turbines, and out the tail race returns to the natural channel of the Rocky River. Approximately one-quarter mile downstream, the race water is reunited with the water directed through the spillway. The unique features of the site are the multiple arched reinforced concrete dam and the original 1940 turbine installations, which are in service daily. The Richard B. Russell Dam and Lake Project's reservoir will back water up to the tail race of the power plant. The future of the site is uncertain. The Historic American Engineering Record documented the site with photographs and a brief history during the summer of 1980 for the Savannah District of the U.S. Army Corps of Engineers. 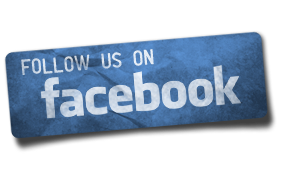